Keith Willis is someone, like many in the #writingcommunity, that I’ve met online, usually via Twitter.  The writing community on Twitter is amazingly supportive, but in this respect Keith is a prince amongst men – a veritable elder statesman in his kindness, especially to those finding their feet on Twitter, at the writing game, or at life.  If I were tempted to get a tattoo, I might very well go for “Be more Keith”.  But his kindness, humour, and wisdom aside, Keith is a perfect guest for our ‘Now with added…’ slot.  As you’ll know by now, if you’ve been following along for a while, we invite writers who we’ve found to be particularly associated with a specific genre.  Keith is the author of the Knights of Kilbourne series, and he’s going to tell us a bit about how knights and dragons intersect with his life in upstate New York…

Thank you, David and Debs, for extending the invitation for me to participate in “Now with added…” But I have to say, this examination of the intersection of life and fiction has caused me a great deal of rumination, agita, and head pounding. As a writer of fantasy fiction, I don’t really deal in the niggling details of “real” life and thus wasn’t even sure where to begin.

So how does my fantasy world intersect my life? When I was wrestling with this dragon, David prompted me by asking, “Would you visit/live in the world you’ve created?” And when I thought about it, my answer was, “In a heartbeat.”

I love the world I’ve created, and I think it would be a marvelous place to live. Kilbourne is (call me a traditionalist) a fairly idyllic placed, based on an amalgam of Scotland and Wales and set in a rather Renaissance era. Books exist in my world. So do clocks. But no gunpowder-based weapons; my heroes and villains battle with barbed words, edged swords, or fists.

Kilbourne is a world not so very unlike our own. It’s a world of gallant chivalry and base cupidity. Of loyalty and honor, and duplicity and deception. Of politics and intrigue, of romance and wonder. In my fantasy world, while there are no megalomaniacal overlords out to subjugate the masses, there are certainly despots seeking power through conquest. Set against those, there’s no long awaited Chosen One, but simply people trying (and often failing) to do the right thing.

It’s a world of—and here’s the “added” bit—magic and dragons. And this is why I want to live there. Our own mundane world is seriously lacking in both categories and, it might be argued, would benefit from a bit of both (Game of Thrones not-withstanding). I long for a world where magic does indeed work, and where majestic dragons soar the skies.

I think that’s why so many readers gravitate to fantastical fiction. It’s that subtle “What if?” that allows us to view the world as it might be, if things were just a bit different, had that little “added…”

And yet, in a small way, my life does actually intersect my fantasy world, by way of the Renaissance Faires I attend each year. There, for the space of a weekend, I can be immersed in jousters and jesters, royals and rogues, wizards and witches, brigands, bards, and barmaids. I can soak up the magic that fuels my stories. I can also engage with the folks for whom I write them. Because they, like me, are seeking a piece of the magic. And so I get an earful of what they like (and don’t like) about fantasy. And because I have to be in character, I can magically become someone I’m not—the gregarious, garrulous scribe known as Friar Keith. I can tell awful jokes and get away with it (“I used to be a Friar, but I got so plump the Abbot made me a roaster…” bah dum tsss). I can shamelessly flirt with a wanton gypsy gal (if only because she happens to be my wife).

One thing I’ve come to realize over the (relatively short) course of my writing career is that all fiction is, in fact, fantasy of a sort. We writers make it all up as we go along (except for the memoir folks, and I’ve often wondered if even some of their work may be more conveniently contrived than factual). But while all fiction is fantasy (small “f”), not all fiction is Fantasy (capital “F”). Those of us who write Fantasy add that little bit extra—the magic that make our worlds go round.

Keith W. Willis is the author of the Knights of Kilbourne series (Champagne Book Group). He can be found at https://www.keithwillisauthor.com/, on Twitter at https://twitter.com/kilbourneknight, and on Facebook at https://www.facebook.com/TRAITOR-KNIGHT-191368320972613/.  Keith lives in upstate NY, in that magical land lying between the Hudson Valley and the Adirondack Mountains. His most recent book, Enchanted Knight, was released in April 2020. Keith is hard at work on the next Kilbourne adventure, tentatively titled The Knight Job, along with a children’s picture book project about Wyvrndell the Dragon.

You can find Keith’s books at all ebook retailers, including https://tinyurl.com/yd99hx5r. For those interested in signed paperbacks, visit his website 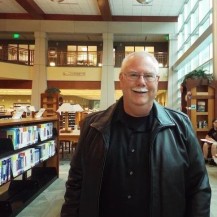 2 thoughts on “Now with added…Fantasy!”