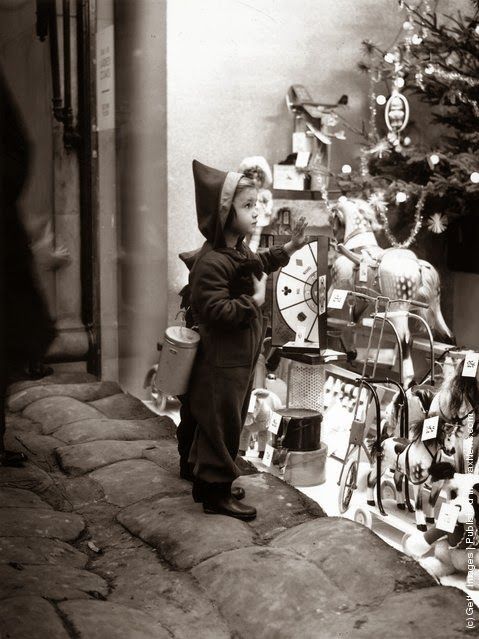 Every year she visited the West End to see the Christmas windows. It was a tradition that her mother had started when Isabel was 10 years old. They’d go during the day, battling the crowds, then stop to have a meal in a small bistro. But when it was dark and the shoppers had gone, they’d return, taking their time, drinking in the sights. On that one day each year, Isabel was allowed to stay up late and have a lie-in the next day.

Her mother always made Christmas special. They didn’t have a lot of money, but she was artistic and made wonderful decorations from bits and pieces, and other people’s cast offs. She absolutely loved that Isabel had made a career out of designing Christmas for one of the biggest retailers in the country.

The year Fortnum & Mason had windows inspired by Russian fairy tales was Isabel’s favourite – simply magical. She always took pictures and made notes as she travelled the world, not just at Christmas time, but to festivals throughout the year, building up her inspiration portfolio. In her job, money was no object – to a certain degree – but what she learned at her mother’s knee of “make do and mend” was years ahead of the current enthusiasm for recycling. She’d been trying to persuade her retailer to apply a less disposable attitude to Christmas, but it was falling on stony ground. She’d been thinking how she could start her own business and bring some of her mother’s ethos with her.

As a young girl, she remembered her mother saying “this year we’re going to have …” and it would be gingerbread men one year, boiled sweets wrapped in colourful cellophane the next – home-made snowmen, angels, santa, elves, or reindeer featured also. During the year, they’d unravel old jumpers to knit stockings and garlands, and they’d crochet mistletoe and holly clusters. There were trees in the park where they’d collect fallen pine cones, and the old string they’d collected throughout the year would be dyed into festive colours to tie up their gifts. The cards they received were kept in a box – some cut up to make gift tags, some to create a christmas collage, others for ideas and inspiration. They’d been the first in London to make popcorn strings like the Americans, and no old material was ever thrown out – it could be dyed, decorated or made into something new. Friends allowed them to cut holly and greenery from their gardens in return for some of their home-made decorations, so their home was always bursting with freshness and festivity. Plenty of plain white candles, bowls piled high with walnuts, oranges and rosy apples, with mulled fruit juice gently infusing the house with its seasonal smell. Her mother had a special collection of beautiful big glass baubles, and each year she and Isabel would spend ages deciding which one to add to it. Now that her mother was frail and old, that collection was spectacular and their tree was magnificent.

After her father died, Isabel had persuaded her mother to move in with her. She’d fought against the idea for a while, but when Isabel was able to buy a lovely mansion flat in the West End, her mother had given in gracefully. She loved to walk around the shops looking at the window dressing, still making notes and drawings in her sketchbook. When Isabel had met Mark, her mother had insisted on finding somewhere small for herself. But when Isabel lost Mark after just five years of happiness, her mother had agreed to return to her beloved West End.

This was the first year Isabel had walked round the West End windows without her mother. She wasn’t able to walk that far anymore, so she’d wait until late at night and their favourite black cab would take them for a leisurely drive. Jennifer was still too young, so Mrs Grey would stay with her, but she was already asking to join them. It seemed that Christmas was in safe hands for yet another generation.