Welcome to the first in a new series that we’re starting here at Fiction Can Be Fun.  We’ve been running a resources page for a while now and it seemed like a good time to a) give this a bit of a refresh and b) take a closer look at these resources and see what you might want to do with them.

The first one we’re going to take a look at is actually one that is a relatively recent addition and one that we became aware of thanks to the lovely @KMPohlcamp over on Twitter. (KM is the award winning author of Apricots and Wolfsbane, as well as being a Flight Controller for NASA; you can check out her blog here).

Cutting to the main feature, today we’re talking about WordClouds.  The idea of producing a picture based on the words used in a document is not a particularly new one.  (One wrinkle on this idea that you sometimes see in galleries is some kind of iconic image from a book which is formed from the text of that book).  The neat trick that KM pointed out though, was to use the frequency analysis to point out words that are being overused.  You’d expect the names of characters, for example, to be high on the list, but are there words that you rely on with out noticing?  The literary equivalent of the y’know, like, and um that fill conversations when people are trying to think of what to say next. 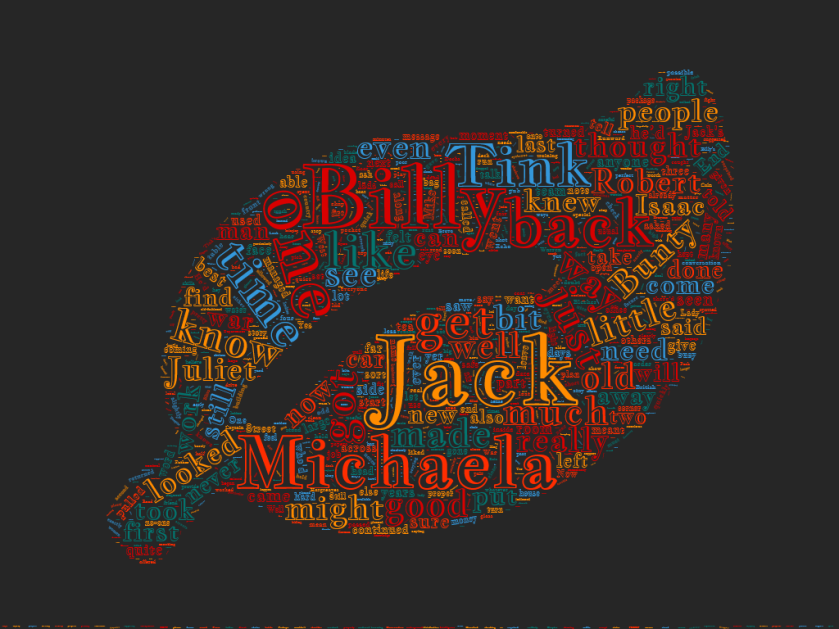 The most straight forward thing you can do is to just dump a load of text into the analyser and let it do it’s thing – which is what we did to get this image. The text we used comprises a little more than half of the manuscript of the novel that we’re working on, and that generates a word list that looks a bit like this:

Because I’m still getting used to this, I’m not sure if using ‘one’ 181 times in ~50,000 is too many, but something that is probably worth looking at it in the editing round… the word list goes all the way down to anything that is used two times or more.

The website is incredibly intuitive and straight-forward to use.  Even better, there is an amazing wizard that takes you through the steps involved, with direct links to the separate tools that you use to get to the end result.  There’s a great range of shapes to get you started…

…and you can upload your own images should you want to.  There’s a lot of functionality to help you customise the wordcloud: 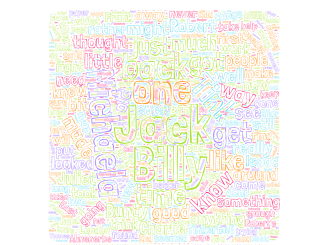 It’s very easy to lose valuable writing time playing around with making the wordclouds!  In all seriousness, it’s hard to find anything to criticise.  There are a couple of things that don’t necessarily make 100% sense: there is a slider bar to make an adjustment, but it’s not really clear what it is changing.  I think that the slider changes the overall size of the words, which means that you can fit more into an available space, but it bugs me not knowing if that’s correct.  Despite how easy the tool is to use, I’d really like some kind of help, even if it’s just a rollover.

Let us know if you give this tool a go, and what you think of it – we’d be interested in what you create with it, and if you find it useful (or not).

In the Shadows of the Mine